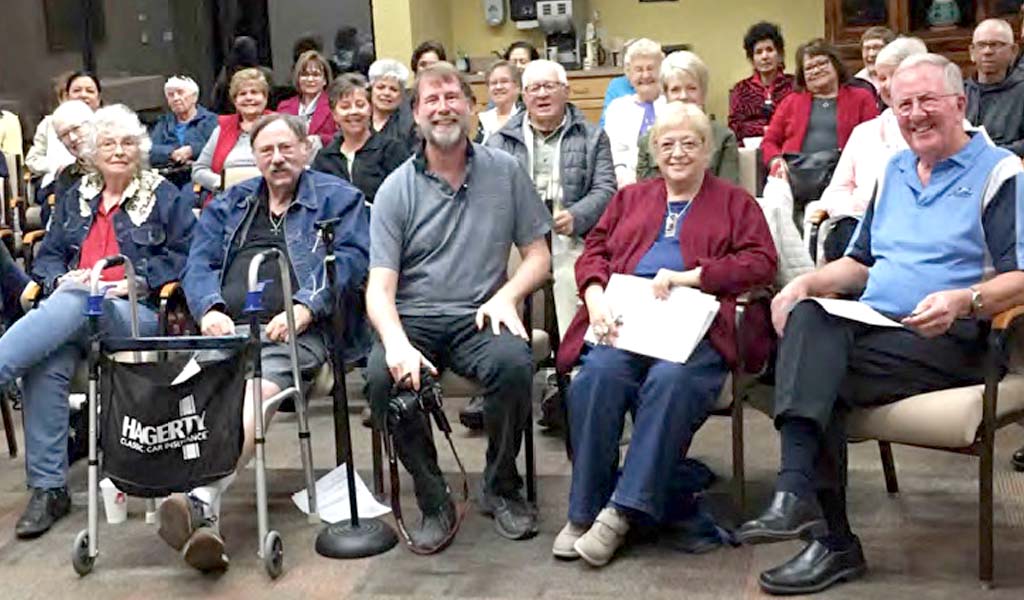 Participants at a recent Partners in Mission gathering.

The purpose of this workshop is to gather lay people interested in exploring Redemptorist Spirituality. This is a wonderful way to get to know the Redemptorists better, and to join a community of like-minded people who wish to connect, deepen their spirituality, and to explore the possibility of becoming Redemptorist Associates. We meet regularly for faith-sharing and ongoing formation in the Redemptorist charism and spirituality. By understanding this spirituality, you will get insights into the Redemptorist Congregation that ministers to the Church and preaches the Good News of Jesus the Redeemer. If this perspective of faith resonates with you, you might want more contact with this religious order for your own journey of faith and common Christian ministry.

PLEASE NOTE: There is an interdictory presentation (“Introduction to Spirituality Workshop”) that gives an overview of the workshop that you can view here. There are also additional videos of the eight presentations. You can also find these presentation by going to YouTube and searching “Redemptorist Spirituality”.

There is no cost to attend.

Session 7: Monday, April 17 – 7 PM CT
The Founding of the Congregation

Reflections on Discernment of
the Spiritual Journey

A LECTURE FROM PARTNERS IN MISSION CURRICULUM

With what shall I come before the LORD,
and bow before God most high?
Shall I come before him with burnt offerings,
with calves a year old?
Will the LORD be pleased with thousands of rams,
with myriad streams of oil?
Shall I give my firstborn for my crime,
the fruit of my body for the sin of my soul?
You have been told, O mortal, what is good,
and what the LORD requires of you:
Only to do justice and to love goodness,
and to walk humbly with your God.

This passage from Micah reflects his spiritual maturity and discernment of what is important in life. At that time the Hebrews conceived their relationship to God by offering sacrifices to Yahweh. The size and frequency of the sacrifices were outward signs of faith. Micah came to realize that such external actions were empty if they did not bring a person closer to God and their neighbors. He saw abuses of power and wealth destroying the nation and challenged people to seek righteousness in their treatment of the poor rather than in animal sacrifices.

For Micah the desire to act justly, love tenderly and walk humbly with God was the true expression of a good relationship with God. Micah’s spiritual awakening came in the realization that the external expression of faith had to be a life of justice. More importantly, he understood that we must focus on Divine Love as our motivation to act justly and share this love with others.

The spiritual journey was only possible by understanding one’s need for God and taking the time to walk humbly with God in daily life. This spiritual insight into the relationship with God went contrary to the expressions of faith at that time. Micah chose the spiritual path that defined who he was with God especially by being a prophetic voice; he called the people back to God.

Our own spiritual journey must follow a similar path. Our expression of faith must be grounded in a good relationship with God.

St. Alphonsus had his own spiritual journey. Like Micah he grew up in an atmosphere of faith. In trying to be true in his relationship with God, he was moved to challenged the life path set out for him. Much of St. Alphonsus’ early life consisted in following the path that his father had chosen for him. The eldest son was to be heir to the family name and wealth. Alphonsus was brought up in a Christian environment but was also educated to be a nobleman in the Kingdom of Naples. His mother’s family was also from the noble class. This was the path that St. Alphonsus embraced at an early age. He was 16 when he passed the exams to begin a legal career. For the next ten years, this was his life. His father also endeavored to find a suitable spouse that would advance his career and status in society.

During this time as a young lawyer, he paid attention to the needs of the poor especially the incurables that were preparing for death. The compassion he had for the downtrodden was the expression of his faith. He found comfort in helping those in need by representing them in court and by sharing his faith with others. He only took on honest cases when his clients had been wronged. He had never lost a case until encountering one in which justice had been thwarted by bribes. Losing this case changed Alphonsus’ path in life as he then became aware of the hypocrisy of his profession. He came to understand that the judicial system was part of the corruption of society instead of an instrument for administering justice.

The desire to serve the marginalized took on new meaning as he recognized that the life he was living was not a path to discipleship with Jesus. The call to the priesthood summoned him away from the life of a nobleman. The spirituality of Jesus, the savior of all people especially the marginalized of society, became the focus of St. Alphonsus’ life. He already practiced living this spirituality, but he then decided to dedicate his whole life to the goal by being ordained. It was through his role as a priest that he could dedicate his time and energy for the sake of the lowly. In preparation for ordination, he chose to preach the good news of salvation, walk with the condemned and show mercy to people who believed that God could not forgive them.

Micah and St. Alphonsus choose similar spiritual journeys with God guiding their actions. Their understanding of how to seek justice, love tenderly and walk humbly with God gave both of these men the strength they needed to be faithful to God and make a difference in the lives of those they touched.

If you would like more information on Partners in Mission, please contact Fr. Greg May, C.Ss.R., at PIM@redemptorists-denver.org